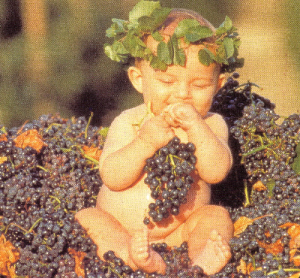 The Harvest for 2017 has just finished. In general, the 2017 Vintage was a ‘good’ one.
The climatic conditions of the 2017 harvest, more than any other year, were characterized by the changes brought by the new climate reality, with higher temperatures in the summer months and less rainfall.

We had a cooler winter overall, and a warmer summer with prolonged drought.

The vineyard responded to the new conditions, with less production, healthy grapes, with a mature phenolic character in the reds.

The indigenous varieties resisted more effectively as they are better suited to such conditions, while the international  (cosmopolitan) varieties have responded to weather changes with equally good results.

Thus, the 2017 harvest will be one of the best years for most wine-growing areas in Cyprus, since the very small yields have led to a significant upgrading of the expected wines.

The white and rosé wines are expected to be very aromatic and the reds are distinguished for their intense fruity and complexity.

The weather conditions in the greater Paphos area evolved with extreme temperatures in the winter of 2016-2017 as in most areas of Cyprus.

The lack of rains and low temperatures (especially at night) due to the microclimate of the area during the maturing of the grapes, led to a slight decrease in production of 8% – 12% in all varieties except Xynisteri, where the new plantations are now in production and the quantities produced are difficult to absorb.

This has led to slight price increases in some varieties, but also to a fall in the price of the Xynisteri grapes.

The continuation of good weather and especially during September helped greatly for the good maturation of red varieties. The harvest of red varieties began around August 15th.

The white and rosé wines will have soon completed the alcoholic fermentation and appear to be highly aromatic, with very good structure and excellent balance.

The red wines produced, are aromatic, fruity, with intense colour and high presence of phenolic ingredients, velvety feel and excellent structure that will give us wines suitable for aging.
We are allowed to talk about a very good harvest, certainly better than last year, especially for white and rosé, but also for the red wines.

This year is one of the best in the decade due to dry heat in the ripening and vintage period.

From the data so far it seems that 2017 will be an excellent year with white and rosé wines with intense aromas, and red wines with good mature tannins.

It is a year that will give aromatic and complex wines with aging potential.